Kozi In The Media 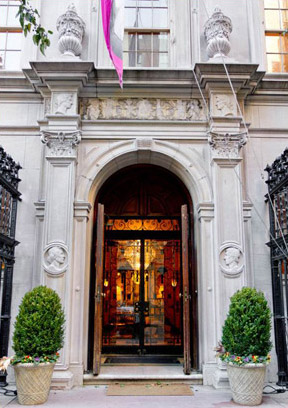 Kozi Media Design was honored to work on this year's Holiday House at the Academy Mansion at 2 East 63rd Street, NYC alongside the country's most acknowledged designers, like Ally Coulter of Ally Coulter Designs, who we worked closely with in a spectacular sports themed, yet up-scale & most classy "man-cave."

The Holiday House Design Show was founded six years ago by Iris Dankner to raise breast cancer awareness in the design industry. Iris is a sixteen year breast cancer survivor, and has made it her mission to raise funds for breast cancer research and women who need help fighting this disease. This is THE event to celebrate the best in interior design and holiday entertaining while supporting the fight against breast cancer.

KOZI supplied the audio, video & automation flare for the NFL designed room in cooperation with Savant Systems, who eagerly accepted to be a part of this exceptional benefit with us! We are also very thankful to Woodmeister Master Builders for their incredible on-site support!

Ally Coulter, who designed the NFL Room, allowed Kozi Media Design to carefully and strategically integrate the room's custom audio, video and automation system. On the wall, we specified this 84" LG as the main highlight, and four 42" LG monitors on the ceiling to look like a score board, created by Phil Cerrone of Cerrone Architects, while each is capable of displaying Savant System's SmartView Video Tiling. Imagine having SIX sources visible on one monitor (or more)! We also added a number of hidden speakers around the room for that true performance audio feel while enjoying the game(s)!

Excellence at its best for this NFL and Tiffany sponsored room.

Thank you all for a wonderful and fulfilling experience! See more of Kozi in The Media.